Achernar Star back with a bang 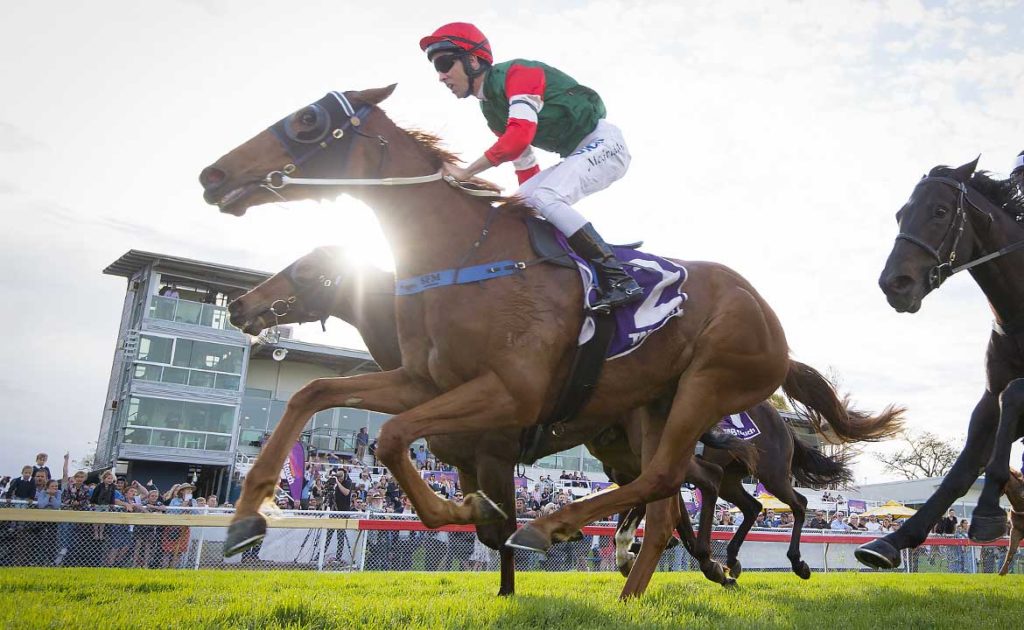 With a number of carnival contenders returning to the races at Bunbury this afternoon, there were few that had more interest surrounding them than Achernar Star.

After finishing third in the Group 1 Kingston Town Classic as a three-year-old last year, Achernar Star was underwhelming in two starts during a brief winter campaign.

The four-year-old had to carry 59.5kg in today’s In Memory of Brendan Ballantyne Handicap (1400m) against a strong field including WA Derby winner Action, Royal Star, Pushin’ Shapes and Great Again.

Jockey Shaun Mc Gruddy went forward on the Simon Miller-trained gelding, while race favourite Great Again was able to cross to the fence and hold the lead.

Action was slowly away and had to settle towards the back of the field, while second favourite Royal Star settled midfield in running.

Achernar Star hit the lead at the 100m mark, seeing off the challenge from Great Again, who finished third.

Action made up significant headway in the home straight to get within a short neck of Achernar Star for second.

Missile Launch, who has been touted as one of WA’s leading contenders for the Railway Stakes next month, battled on gamely to run fifth.

Miller said he was proud of Achernar Star’s return and indicated he would head towards the Listed Northam Cup (1600m) on October 28.

“If you go back through his whole career, he is a model of consistency,” he said.

“He’s only put two bad runs and that was last prep.

“This time in, he was doing everything he was two preparations ago.

Miller said beaten favourite from earlier in the day Special Reward returned with a high heart rate, but confirmed the Belgravia Stakes on October 27 was still the plan going forward.