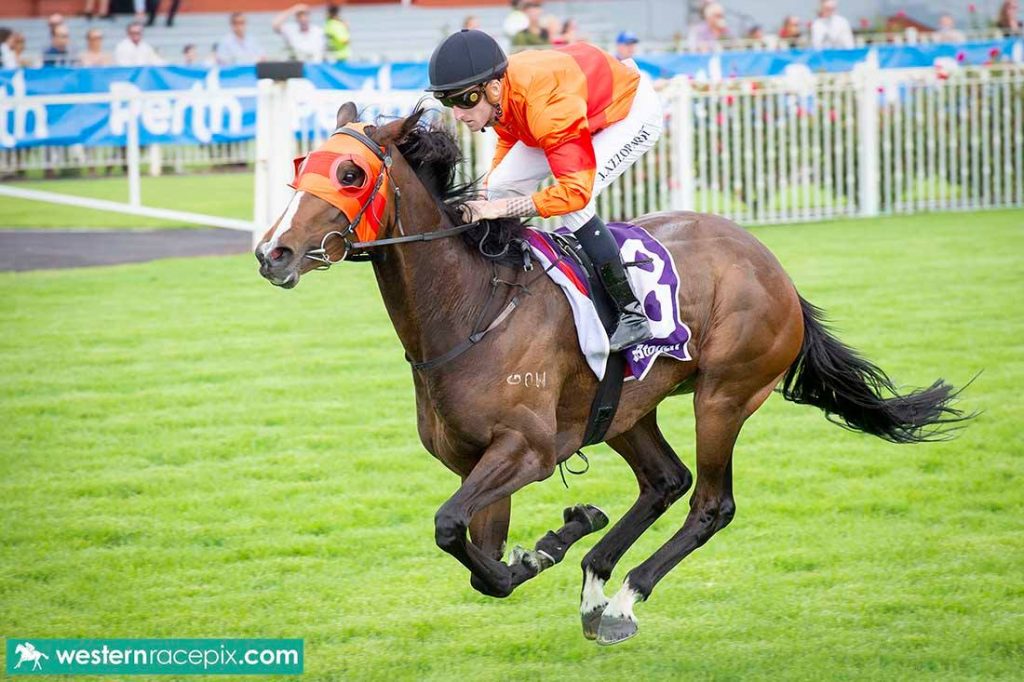 In-form trainer David Harrison is confident his classy filly Sanabreanna can hit the ground running as she commences her WA Oaks campaign at Bunbury on Sunday.

The daughter of Red Hot Choice races first-up in the Listed Rangeview Stud Classic (1400m) after she underlined her talent at last year’s Ascot carnival.

It followed similar top runs when second to Tuscan Queen in the Champion Fillies Stakes (1600m) and third behind Kay Cee in the Burgess Queen Stakes (1400m).

The form reference elite with Kay Cee progressing to score a Group 1 victory in the Kingston Town Classic (1800m) in December.

Sanabreanna enters the Rangeview Stud Classic without a trial, but Harrison says the three-year-old retains residual fitness from her Ascot campaign.

“She is going really well,” Harrison said on Tabradio.

“I only gave her four weeks off in the paddock so she hasn’t lost much fitness.

“We’ll probably have to rider her forward and sit her in the first three or four and maybe ease and sit her fourth or fifth.

“I think that is the best way to go with her, because there doesn’t appear to be a lot of early pace.

“Maybe ride her forward and get a position and if something wants to go around then let them go around and we’ll have the last drop at them.”

Joe Azzopardi reunites with Sanabreanna after he was on board for her Lee Steere Classic success. He pilot’s the gun filly from barrier seven of nine.

Sanabreanna can cap a successful weekend for Harrison with Sunnysilk, Weaponson and Maschino Miss all with winning claims at Saturday’s Ascot meeting.

Harrison said Sunnysilk, a last-start third to Brooklyn Pier, rates as his best in the Amelia Park Plate (1100m).

“I thought she would be a real good chance and my best of the day,” Harrison said.

“You would expect her to be in the first three from where she is and be hard to beat.”

The Snippetson colt is the horse to beat and nominal favourite after winning his opening two races in brilliant fashion.

He defeated Justhandy on debut but improved further when he led and bolted in by five lengths over Precautionary.

Harrison is upbeat that Gemma’s Son can maintain his unbeaten status, but admitted he was concerned by one rival.

Harrison said it was impossible to ignore the Steve Wolfe-trained Watch Me Dance, who came from last to win on debt at Bunbury last Monday.

“That win of Wolfe’s two-year-old was very impressive I thought,” Harrison said.

“Two-year-olds should not do what it did.

“It was a huge win and that’s obviously a danger.”

By Julio Santarelli from www.rwwa.com.au