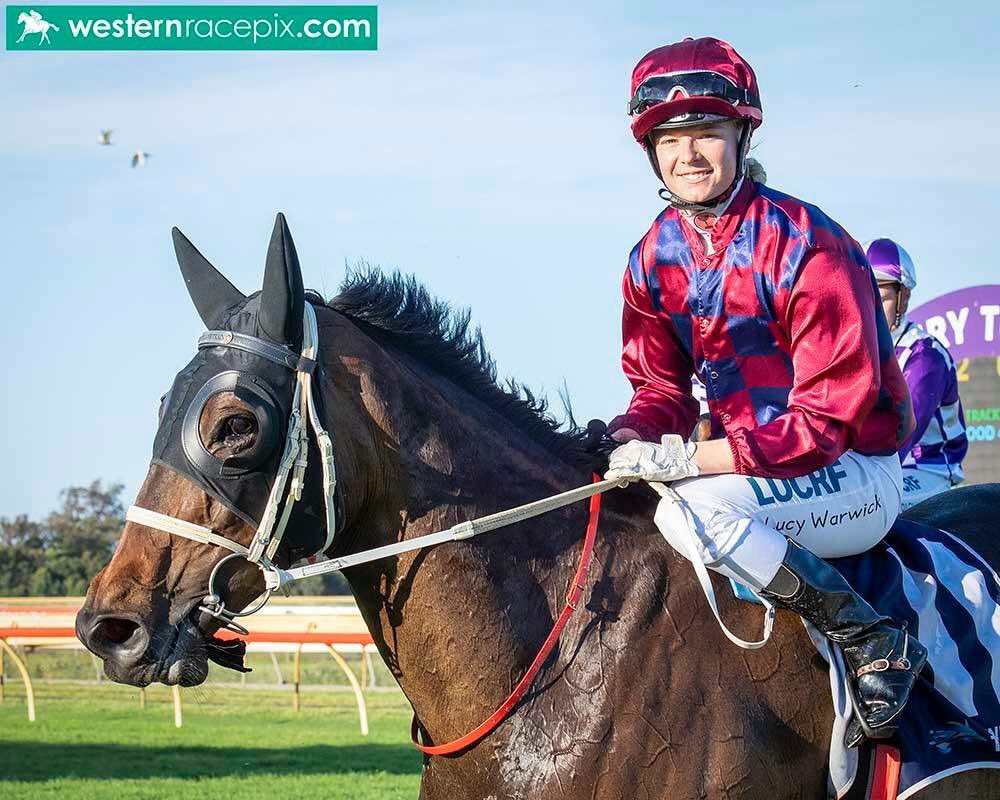 Lucy Warwick continued her brilliant form in the saddle with a treble at the Bunbury Turf Club this afternoon, booting home the final three winners on the midweek program.

► Catch up on all the Wednesday 14 November results and replays

The hat trick cements Warwick’s lead on top of the Medic Aid WA-Jockey Premiership and enhances her impressive start to BTC season, with seven winners and four placings from only 20 rides. She has a two-win break on Mitchell Pateman, with Shaun McGruddy a further win away in third.

Together We Dream leads the Harradine & Associates-Horse of the Year Premiership for local trainer John Cunniffe, Lucy Warwick’s father Justin is ahead on the Chaff City-Trainer Premiership after leading in Royal Strata today, while Jordan Turner has joined Brodie Kirby on top of the Horseland Bunbury-Apprentice Premiership.

The Bunbury Turf Club-Trainer’s League is a season 2018/19 initiative to encourage competition for locally registered trainers, with five points for every winner, four points for second placings, and three points for third placings, with one point for every runner finishing outside the top three.

And after the first five meetings of the season, it is Mark Wright (33 points) leading the way, ahead of Michael Lane (24) and Lou Luciani (23).