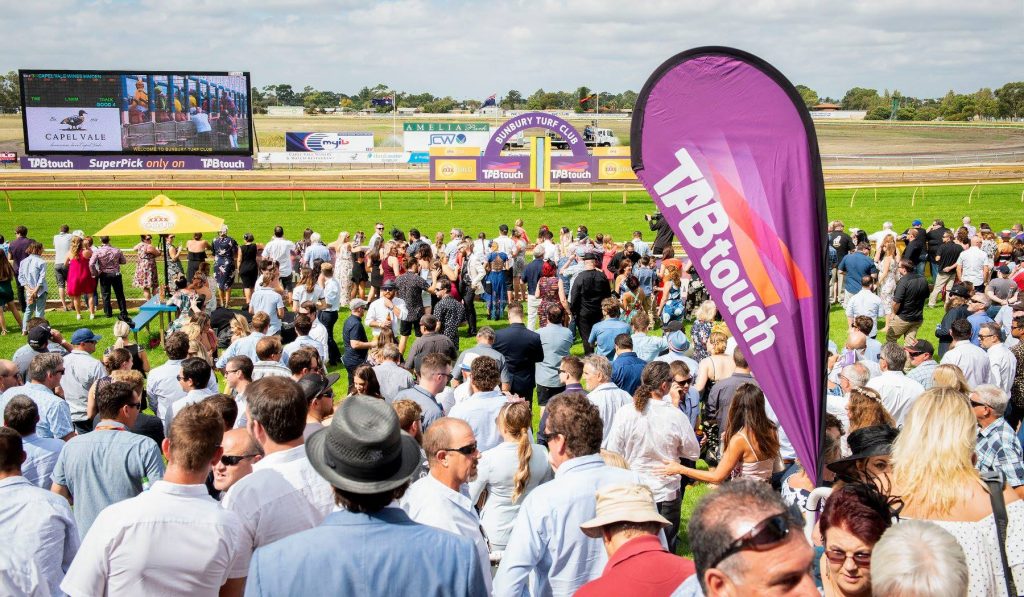 With the XXXX Gold Bunbury Cup remaining in its Sunday timeslot in 2019, the Bunbury Turf Club was delighted by this year’s attendance, validating that a shift from the traditional Thursday race meeting was worthwhile.

Bunbury Turf Club CEO Alex Doble stated, “We are over the moon with the attendance on Sunday, which surged past 6,000 by 3pm. We have been able to grow this major annual South West event from 4,800 revellers in its Thursday timeslot in 2017 to 6,000 racegoers in 2019.”

XXXX Gold Bunbury Cup Day was held in great spirits with a party atmosphere across the racecourse. The Bunbury Forum Fashions on the Field was hotly contested and the XXXX Cup Bunbury Cup went to Burger Time, brilliantly ridden by Clint Johnston-Porter and trained to the minute by Aaron Bazeley. Doble said, “A surprise winner on the day but what a story, part-owned by long-time Bunbury Turf Club sponsors David & Trina Eagles, licensee of 4 local McDonald’s restaurants, what a thrill it was for them to win their hometown cup.”

Doble also commented: “XXXX Gold Bunbury Cup Day was a great way to wrap up a full week of events around the Bunbury Cup Carnival. We revived the Bunbury Cup Gala Dinner as a black-tie
event and raised over $22,000 for our charity partner, Ronald McDonald House Charities WA. The Bunbury Cup Calcutta also moved back to the CBD and was held on Saturday night with a strong crowd at the Rose Hotel.”

The festivities kicked off on Wednesday with the Amelia Park Bunbury Stakes Day and with Hall of Fame jockey Damien Oliver riding in Bunbury for the first time in over 30 years, joined by hometown talent Damian Lane from over East. In a special moment, Peter Walsh from Amelia Park had the winner in the main race, Achernar Star with Damien Oliver aboard; long-time friends, it meant the world to both of them. Both have achieved so much and have won much bigger races but the emotion was clearly their during the trophy presentation and will be long remembered by all those on course.

For additional information regarding any matters within this media release please contact the club on 9721 3444 or email racing@bunburyturfclub.com.au.